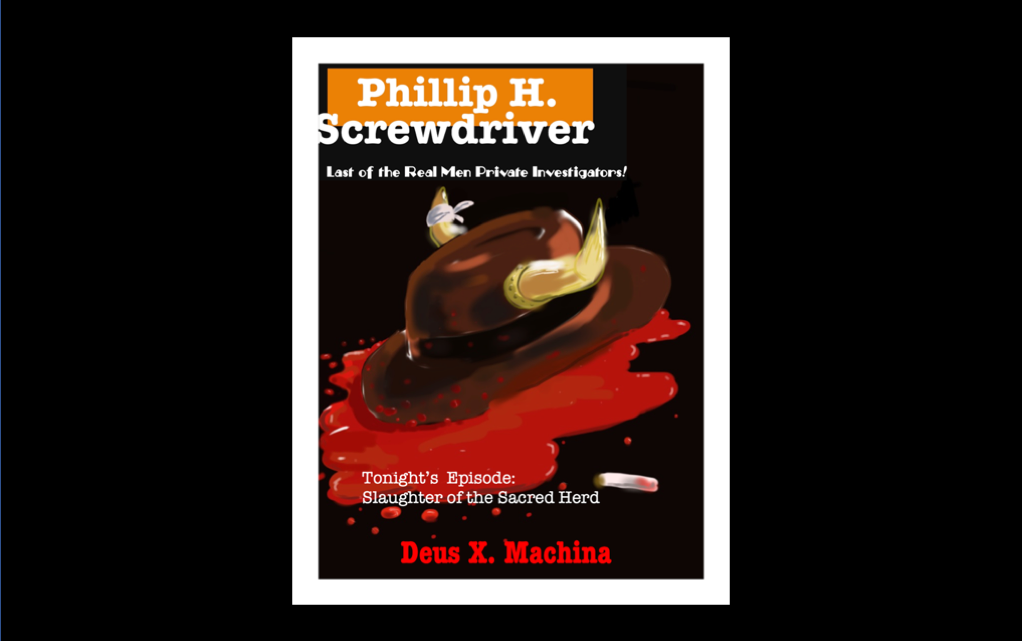 The Authors parked their butts in a sepia-colored corner of their mom’s basement that reeked of Lucky Strike smoke, cheap diet soda, and cheaper women. Their minds addled by a blatant disrespect for pop culture and modern mores, they feverishly typed on a Smith-Corona, the keys striking the paper with all the fury of a gun battle.

This is the story of the last of real men private investigators. Me. Somebody wanted me dead, again, but made the mistake of not finishing the job. I poured a scotch, lit a Lucky, and drew Betsy from her holster. It was going to be a long night, and not just for the coroner’s office. Nobody was safe. Hollywood, Vikings, Nazis, Elevator police, talkshow hosts — yeah, they were all going to dine on sweet, sweet justice. I crushed out the Lucky, took another belt of scotch, and told the guy behind the counter selling smokes that the only ID I needed was right here in my hand: a forty-five caliber, semi-automatic, rotating bolt, double safety, government-issue water pistol. 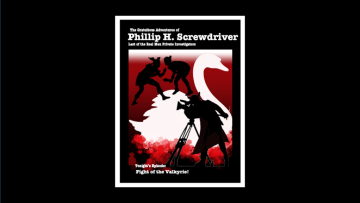 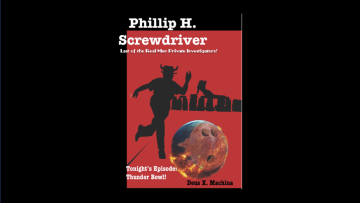